Fortifications for Garry's Mod
What is it? 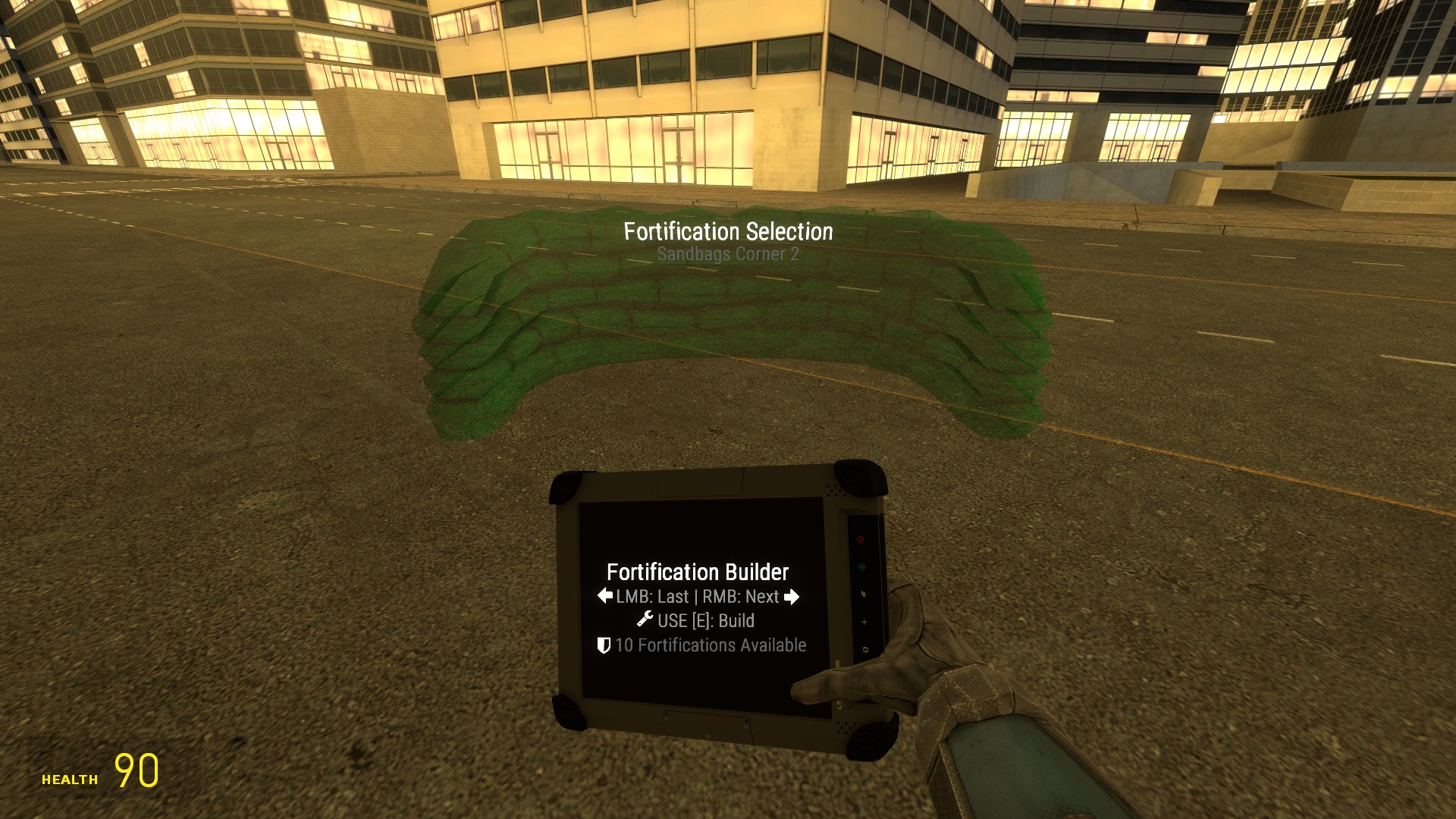 Alydus's Fortification Builder Tablet adds a convenient, simple to use serverside tablet weapon that allows users to deploy barricades, fences and other fortification type objects. Perfect for roleplay, sandbox and building gamemodes. It works on singleplayer and multiplayer.

This addon came from an engineering holotablet I created for a StarwarsRP server I was developing for, I wanted to add a mode to it to create barricades, but I never got round to it. However, I've decided against that now, so I've made a public fortification builder, with built-in appropriate used models, so the addon is entirely standalone. It works for all gamemodes, including (but not limited to), all sandbox derived gamemodes (DarkRP, Clockwork, Nutscript) and other non-sandbox derived gamemodes.

Check it out on the workshop

View my other work
Made in Great Britain